View cart “Six Healing Sounds – PDF Version” has been added to your cart.

[printfriendly]Like its sister volume Embryonic Breathing: The Taoist Method of Opening the Dan Tian, the information in this book is quite extensive and, due to its compactness, more readily accessible. The full implications of practicing the Six Secret Words has far-reaching effects towards a person’s health, longevity, and spiritual development. Sound therapies have been used in almost every culture throughout history, even in present-day Western medicine, but none have been quite as profound as those found in ancient Traditional Chinese Medicine (TCM). The use of sound in Chinese spiritual practices goes back deep into antiquity, and in many cases finding its roots in ancient India.

This book provides three distinct sections. The first section goes over the particulars of the Six Healing Sounds attributed to the Han dynasty physician Hua Tuo, the second deals with the Six Qi as presented by Li Qingyun, the 250-Year-Old Man (1678–1933), and the third deals with the effects created by the vibration of the sounds, the Six Gentle Thunder Movements as taught in the Yellow Court Scripture. 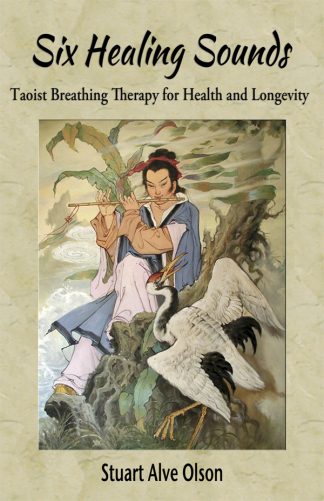