Refining the Elixir is one of the clearest and most in-depth analyses on Internal Alchemy (Neidan) in English. Aside from the excellent translation work, Stuart Alve Olson provides extensive introductory sections and commentaries on the texts—a wonderful guide for practicing and learning the meditation art and science of Internal Alchemy. Stuart addresses the mystical terminology of Internal Alchemy by explaining it in understandable, detailed, and practical terms. Anyone, no matter the tradition of meditation followed, will find this book inspiring and enlightening.

These four works of Zhang Sanfeng outline clear perspectives on the Taoist practice of Internal Alchemy, a unique and effective system designed for the development of health, longevity, and immortality.

Zhang Sanfeng, a Taoist priest of the twelfth century, is not only credited with the creation of Tai Ji Quan, but with some of the greatest Internal Alchemy texts. He reportedly lived 170 years, from the late Song dynasty through the Yuan and into the early Ming dynasty. Zhang’s life exemplified the Chinese ideal of a true “cloud wandering” immortal. His internal alchemy and meditation texts reveal not only his deep wisdom, but his great influence on Taoism and the teachings leading to immortality. 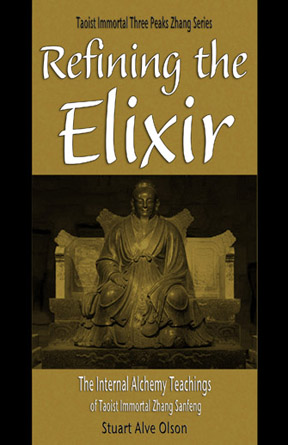