The Yellow Court teachings were the first Taoist texts to describe the methods of Internal Alchemy through meditation and Qigong methods, as opposed to the earlier metallurgical processes of External Alchemy. The Yellow Court texts approach the idea of gaining health, longevity, and immortality through the imagery of interior spirits, which can be perceived in terms of consciousnesses or physiological energies of the body.

Without question, the teachings of the Yellow Court form the very foundation of all Internal Alchemy practices that gained in popularity since the Tang dynasty until modern times. Madame Wei’s landmark presentation of the Yellow Court teachings created a new insurgence of Taoist thought and popularity for over six hundred years, and they are as viable today as they were in China’s past.

Volume One in the series features Stuart Alve Olson’s translations of the External Illumination text and the commentary of Wu Chengzi (a Tang dynasty Taoist scholar and adept), along with his translator’s notes and explanations of the many cryptic Taoist terms used within the original texts.

The External Illumination is an incredible source guide for anyone interested in Taoist meditation, Qigong, and philosophy. It forms the structure from which Madame Wei Huacun expanded the teachings and practices in her Internal Illumination work (featured in Volume Two of the Yellow Court Series).

The Yellow Court Series not only presents the insights and instructions for practicing the teachings of the Yellow Court, but it provides a wealth of information that will definitely redefine and clarify much of our present-day notions on any method of meditation and Qigong being taught today, as almost every Internal Alchemy and Qigong teaching has borrowed some aspect from the Yellow Court Scriptures since they appeared in the fourth century. 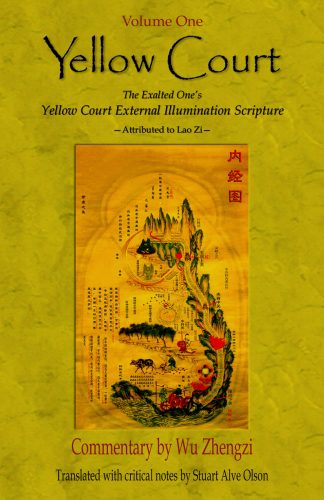