[printfriendly]This DVD and instructional handbook provide a guided practice of the Eight Brocades Seated Qigong Exercises as presented in Stuart Alve Olson’s book Qigong Teachings of a Taoist Immortal. (See also our new DVD, Li Qingyun’s Eight Brocades, which is an easier version for beginners, and a valuable companion DVD to the book The Immortal.)

Eight Brocades is an internal and external yogic exercise regime that aids in the development of the Three Treasures of jing, qi, and shen. The first four exercises are performed directly prior to the meditation period and the second four right after. 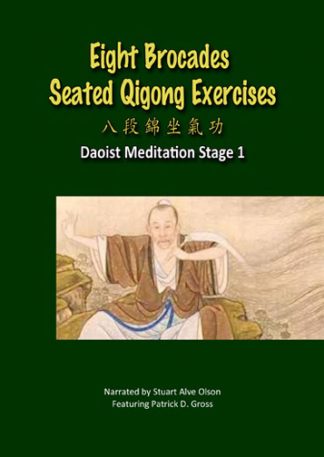